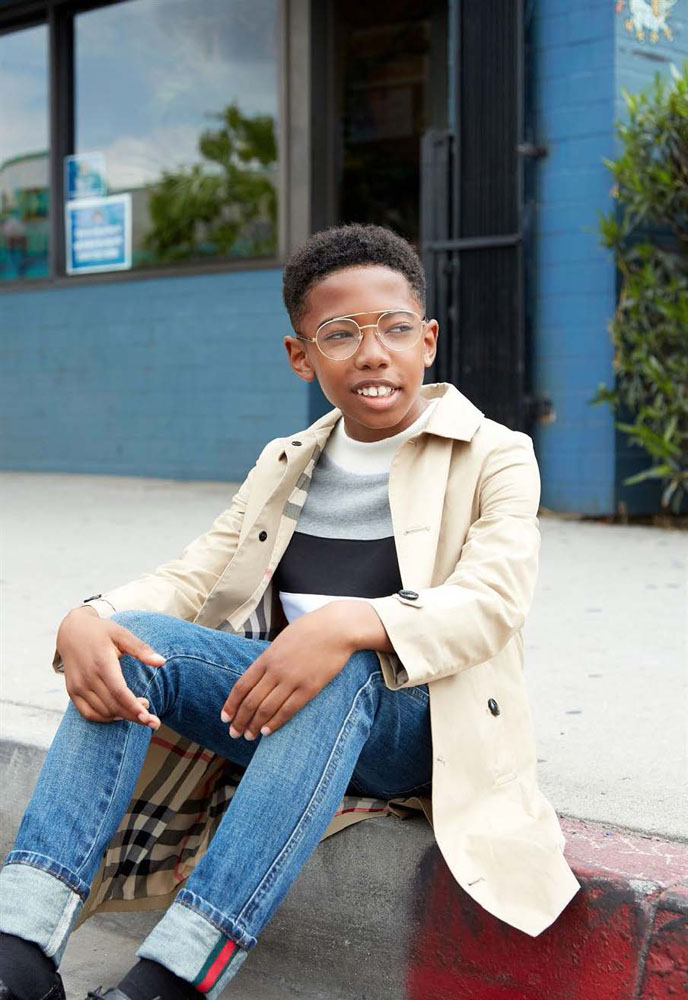 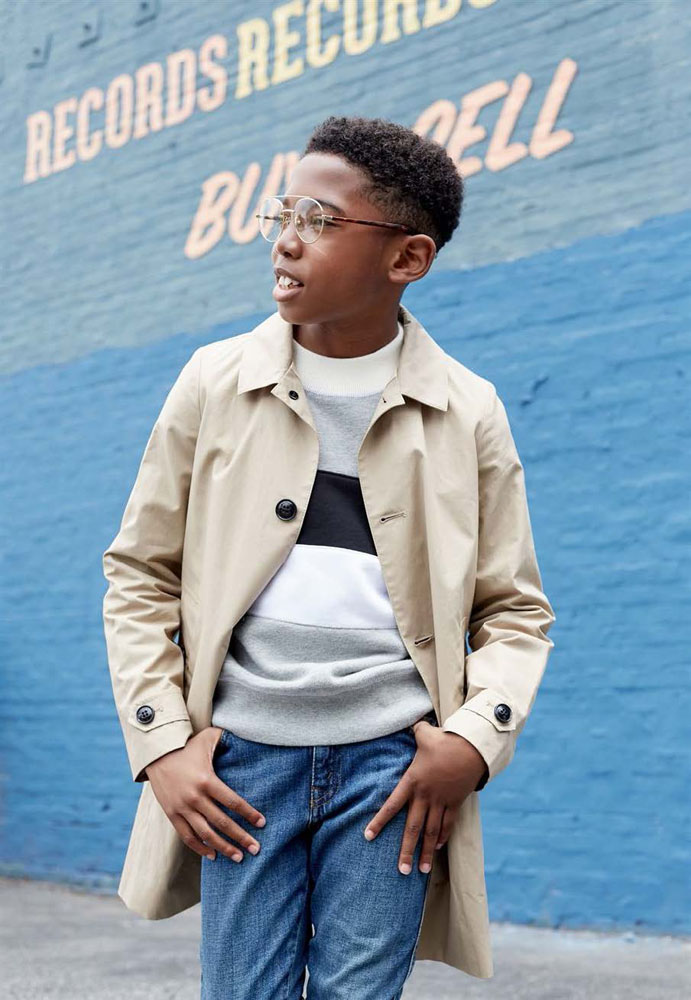 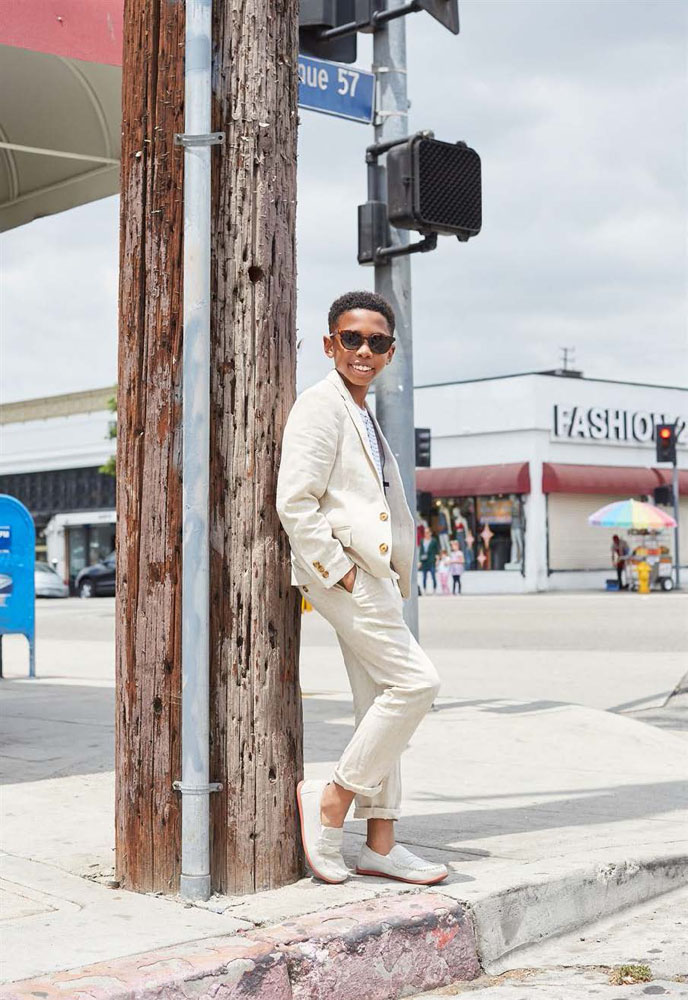 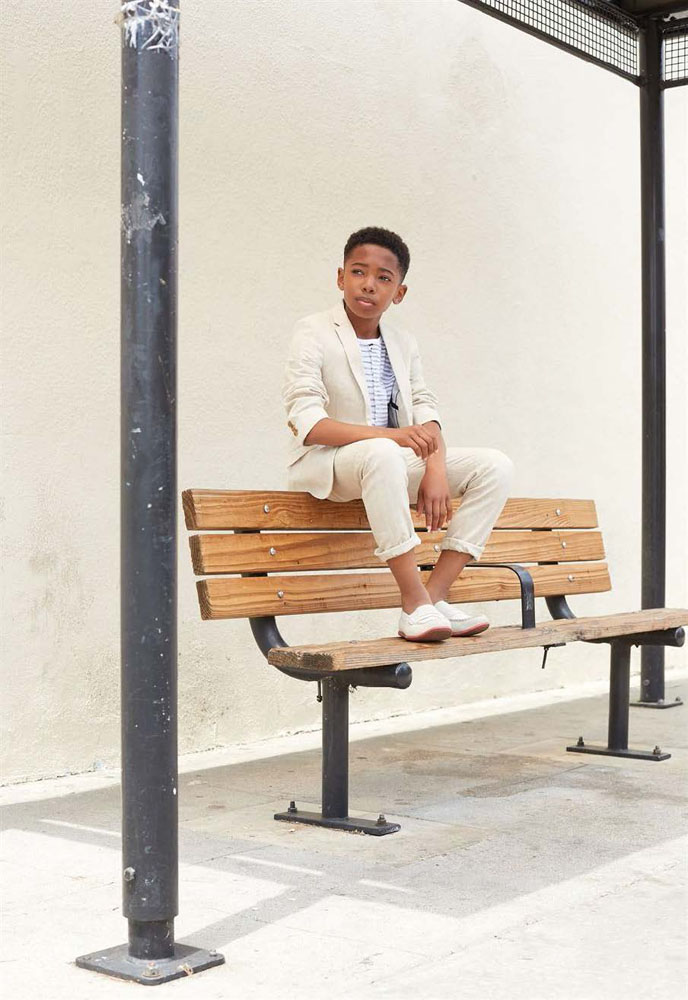 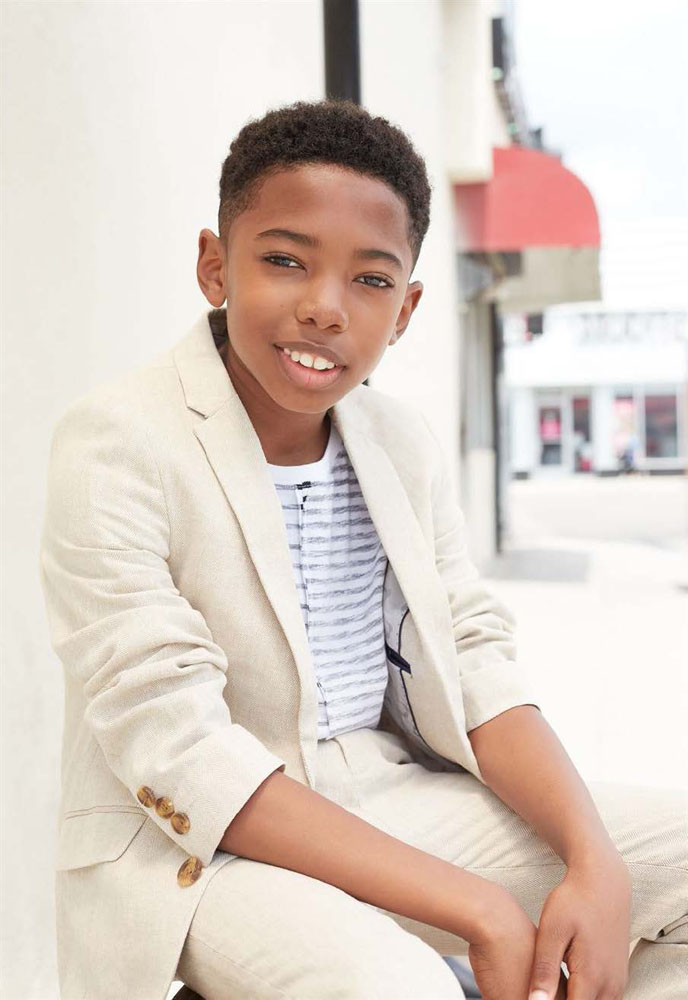 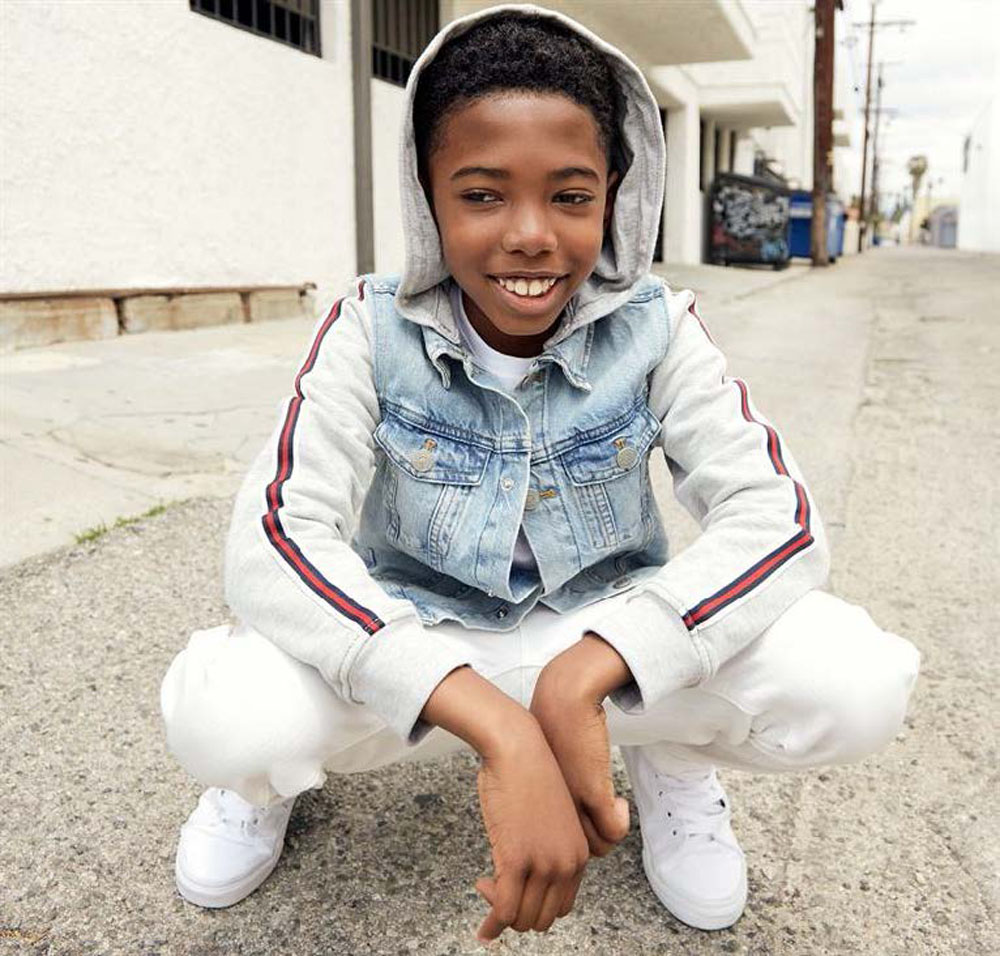 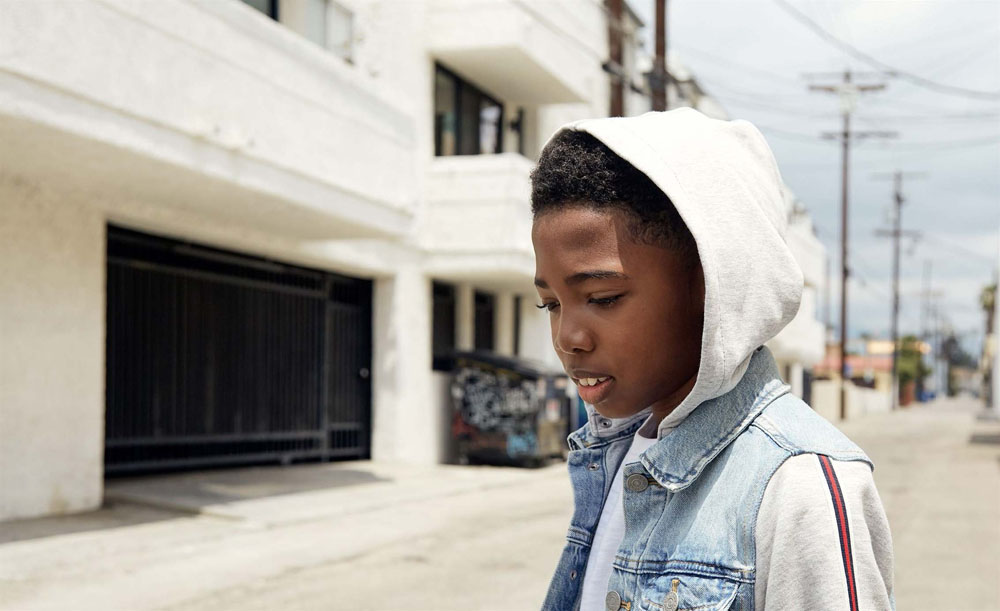 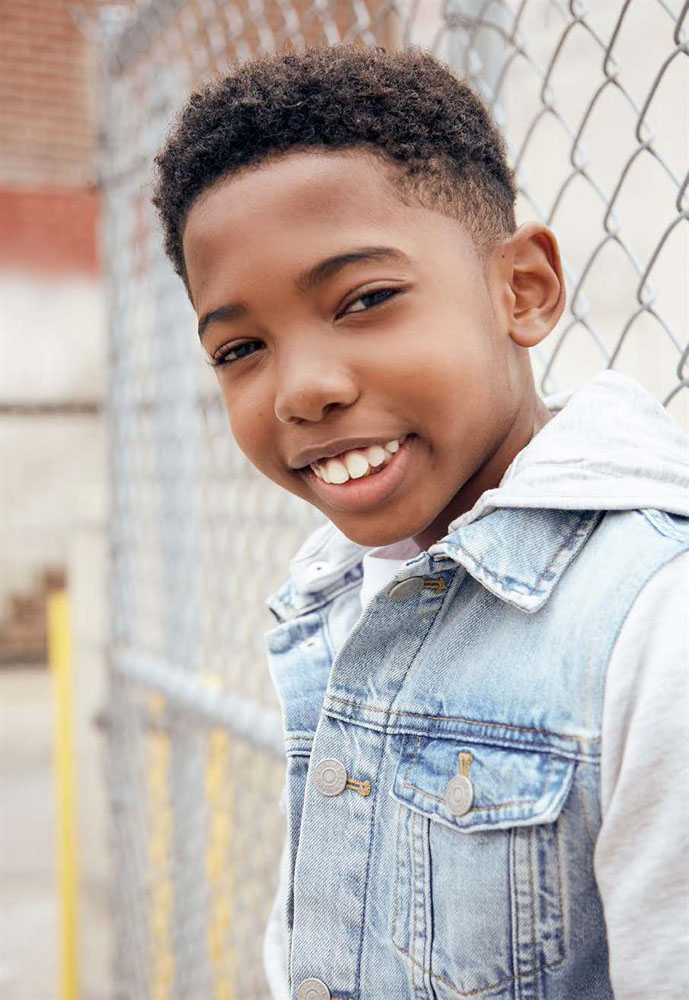 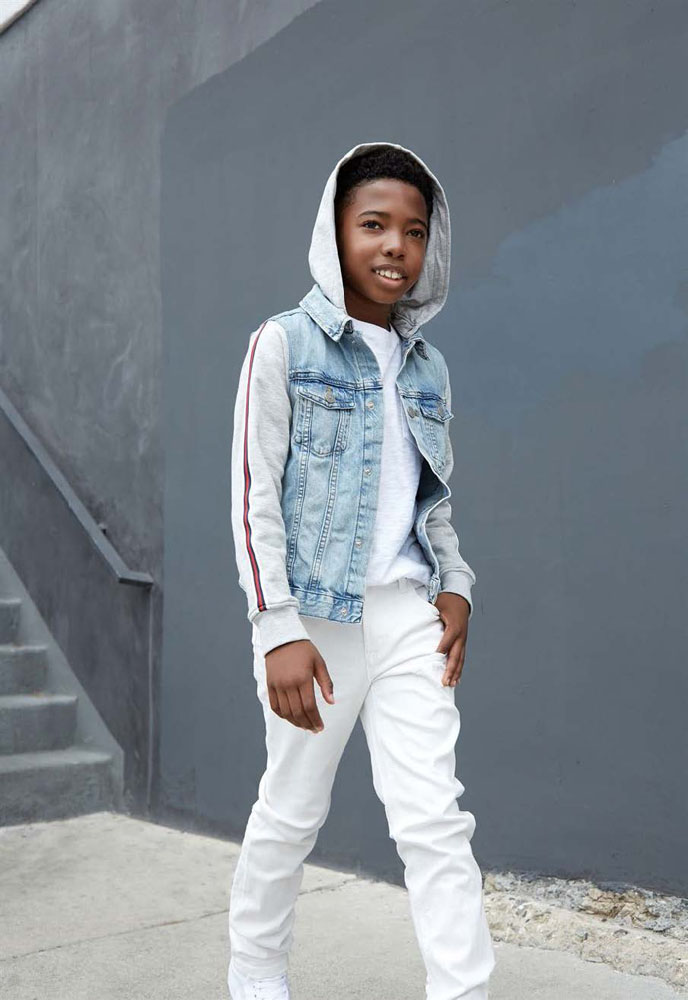 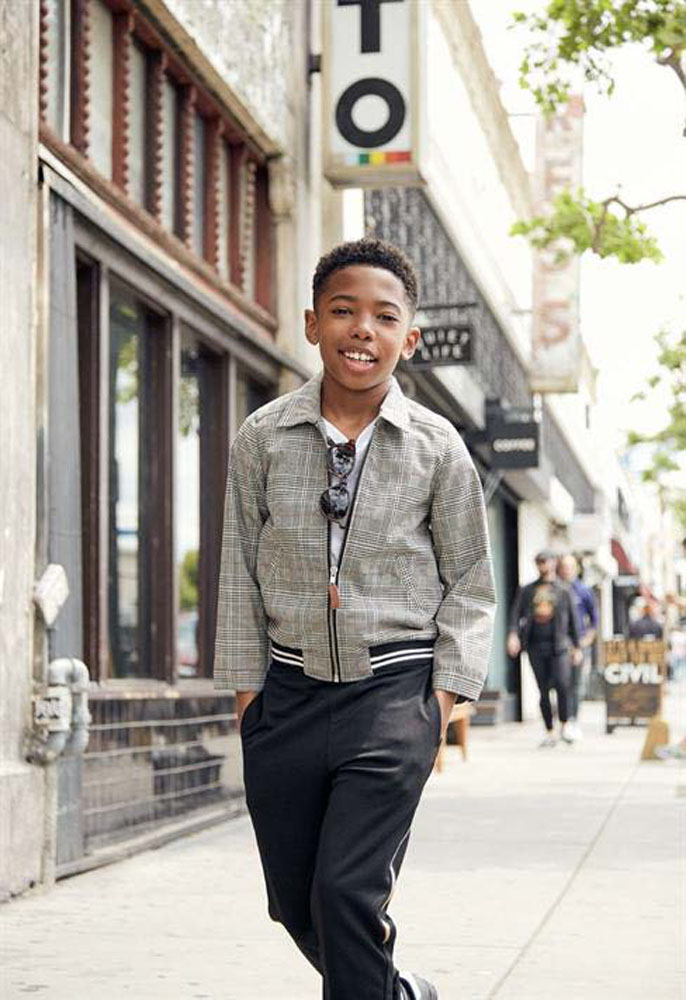 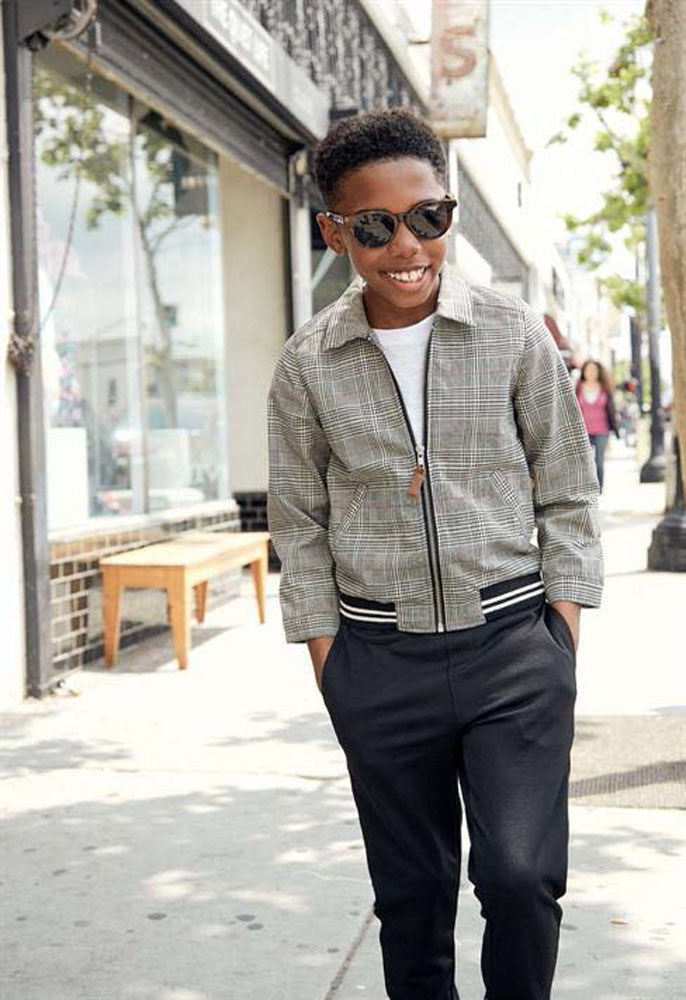 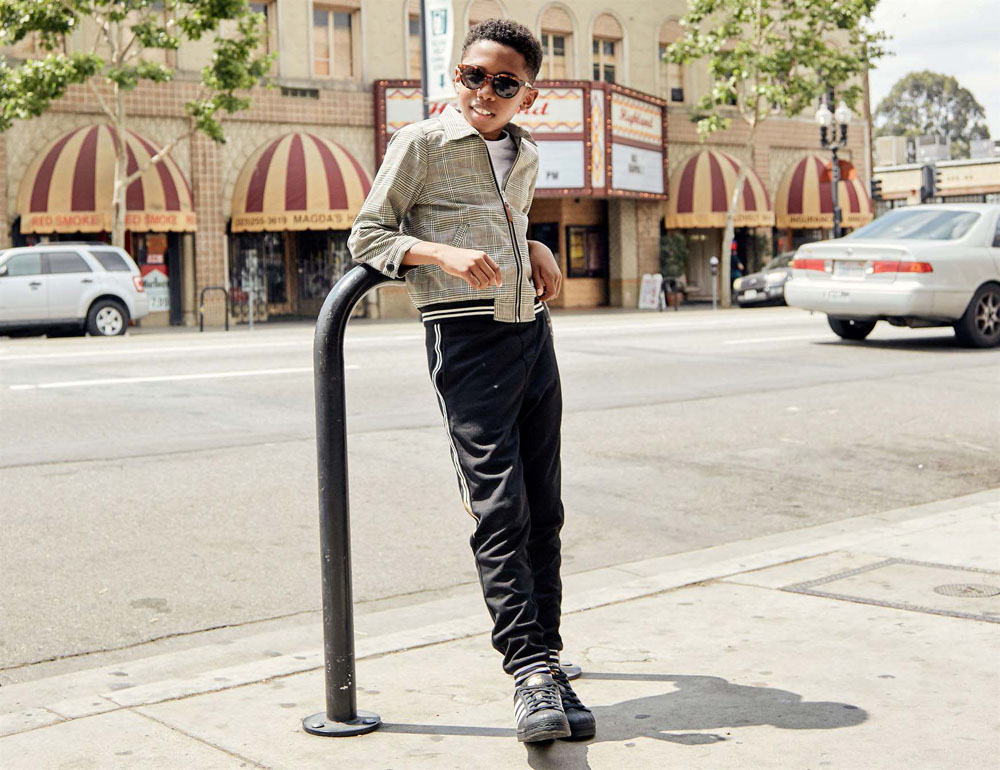 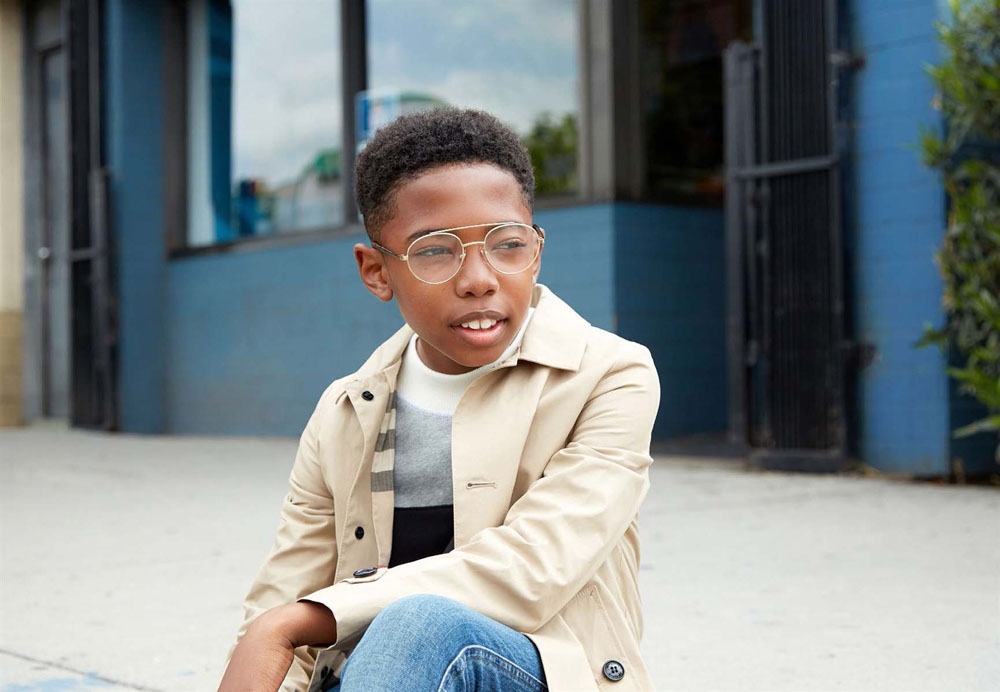 I was honored to have this opportunity to interview such an inconceivably talented rising star, Mr. Seth Carr. You have an impressive career thus far, being only ten years old! I’m excited to get to know so much more about you, and I would love to start by saying I’ve been a Marvel Fan since very young, even have a few comic books in my collection. But nothing compares to today’s new age approach to the Marvel and DC Universe! Tell me about your experience on the set of Black Panther.

Did you work closely with Michael B. Jordan to come into full character?
“I would watch how Michael played his character and tried to adapt to how he was playing him. That way, the character would match when he was young and older”.

How is this character like Seth Carr? Different?
“Young Killmonger is like me because I’ve been in situations where I’ve had to be tough but also emotional. I’m different because I’m growing up”.

What’s the biggest challenge about taking on this role?
I think getting into that “emotional place” is the most challenging. To really get into how Erik feels is powerful and challenging”.

Besides yourself, which actor in this production will blow people away?
“Everybody is fantastic and does an incredible job. All the women are amazing, and Letitia Wright is a star.

What do you want to be when you grow up?
“I would like to invest in land and properties.”

When did you first perform?
“My first performance was when I was five years old. A Bank of America commercial, I think”.

Who do you look up to (as an actor/director/etc.)?
“I look up to my parents, first and foremost. I also look up to Ryan Coogler, Michael B. Jordan, Denzel Washington, Chadwick Boseman, Ryan Gosling, Emma Stone, Etc”.

When you have a five-minute break during rehearsal, what do you spend that time doing?
“I spend that time rehearsing my script and finishing schoolwork… and then playing Fortnite and watching YouTube”.

Who’s the funniest person in the cast in real life?
“Letitia Wright is hilarious on set.”

What do you do when you’re not doing filming/working?
“I go to school, I play basketball, I like to go to theme parks, and I race my remote-control cars.”

What are your best/worst subjects in school?
“I’m an excellent student. I would have to say science is my favorite subject”.

What do you like doing in your spare time?
“In my spare time, I like to go fishing and play Xbox and PlayStation.”

Do you get used to being a celebrity?
“I don’t consider myself a celebrity. I’m just a regular kid who is lucky enough to do something I love”.

Who is your inspiration?
“My mother and father are my inspiration. They believe in me and love me more than anything”.

What sports do you enjoy doing?
“I enjoy basketball and hockey.”

What is a fear you have?
“I’m afraid of big spiders.”

If you could go anywhere in the world, where would you go?
“I would go to Hawaii and New Zealand.”

Tell me a fun fact about yourself that people might not be aware of?
“I’m double-jointed in my hands, knees, and arm.”

Tell me something you love to do with your parents and siblings?
“I love to go miniature golfing and go-karting with my family.”

If I gave you $10,000 today, with the opportunity to keep it or give it to someone or an organization of your choice, what would you do?
“I would keep it to invest it and then have more money to give to my loved ones and organizations.”

So, this has been a crazy journey for you, from Black Panther and Bosch to Nickelodeon’s new series Knight Squad. But by far, one of my favorite roles you have taken on is Breaking in, starring Gabrielle Union and Ajiona Alexus. This movie is action-packed and thrilling, but most importantly, there’s a fear factor when the reality of such a delicate subject, like being robbed and being held hostage, is that it can happen to anyone. How did you prepare for such a role?
I read over my script and got into the emotions of using fear and thought about how Glover would be in the situation and how scared he’d be.

What did you learn from playing in this film?
Ummm, don’t mess with moms because they will kick your butt.

Did you ever get scared while filming? And if so, at what point?
I got scared when I was working holding the gun. I’d never held a real gun before, so this was new for me, and I know guns are dangerous, so I was nervous.

During your interview and casting, were there specific things they did to ensure you are mature enough and realize it’s all made up? Is it just not that creepy while shooting this kind of stuff?
Yep, the casting was great. They explained everything to me. Being an actor, if I feel like I would be uncomfortable with a particular role, I will pass, but I haven’t been creeped out yet on any of my projects.

What advice do you have for your audience about this matter, and what are some things to do in case of an emergency. What are some methods and means for rehearsing for a role like this?
Always be aware of your surroundings and make sure your phone always has a full charge so you can call for help.

Did you guys get to have fun and be silly behind the scenes?
I had fun being on Gab’s Snapchat stories singing Keith Sweat.

What was your favorite scene to film?
Probably flying the drone and running through the woods.

Tell me about an area in which you would like to improve as an actor?
I’m not sure. There’s always room to improve on everything, maybe my volume. Sometimes I speak in a low voice.

What have you learned from your senior actors?
Commit, commit, commit to your character and make strong choices.

Do you ever think you could have done a bit better in any particular role?
I’ve liked all my roles, and I have been happy with my performances.

hair & make up by RENEE LOIZ

Keep updated with by subscribe to the latest stories and more.

Get notified about exclusive offers!

We use cookies to personalize content and ads, to provide social media features and to analyze our traffic. We also share information about your use of our site with our social media, advertising and analytics partners who may combine it with other information that you’ve provided to them or that they’ve collected from your use of their services.